I have been away for a few days and I have so much to tell. I want to start by telling you about the coolest thing that happened for T! If you follow me you already know that T loves nothing more than cars. The kid lives for cars. He talks about them all day every day. He has learned all about every motor ever imagined. He loves everyday drivers, hot rods, muscle cars. rat rods and on and on. If it has wheels, he’s a fan. He can tell you just about anything about cars and motors and turbo and torque. It’s quite amazing. He drags us to every car show he hears about and a recent trip to the Muscle Car Museum in Gatlinburg just about brought him to tears. Nothing makes him happier. It’s his thing. He’s a car guy.

That said, after we were hit by the Mustang last week our car was totaled and so began the car search. My hubby, Mr. Wonderful, found a beautiful, used, fully loaded Tahoe at Carl Gregory Dodge in Johnson City. It had everything I wanted and stuff I didn’t know I needed but turns out I do. For example, a DVD player, adjustable pedals, heated seats, a sunroof, and a gorgeous sparkly blue paint job. We went after it and while we were getting the paperwork done, T was running around taking pictures of the beautiful Dodge Challengers and so excited because they even had a Hurst Edition with the gold wheels. He absolutely drooled as he stood before the 2015 Dodge Viper and dreamed of being behind the wheel. He was in his element. He told me all about the motors and the options and which ones could go how fast and which paint colors you could get everything in.  He even went into details about the exhaust which I thought was just a pipe that came out the bottom and no one ever noticed or mentioned.

Anyway, after we had negotiated the deal to a price we were comfortable with (thanks, Carl Gregory!) we went to see Andy and to get the final papers signed and he and T got talking. Andy turned out to be a really sincerely great guy. He has a little girl and he loves kids. He quickly spotted the passion in T’s eyes as he talked about that Viper and that Hurst Edition Challenger and the next thing we knew he was calling the General Manager asking where the keys to the Viper were. T’s eyes were as big as dinner plates. He was suddenly only moments away from sitting in the driver seat of a 2015 Dodge Viper SRT. It was like every Christmas, every birthday and every happy moment combined into one. The kid was glowing and vibrating and looked as though combustion was  a possibility. Fireworks were going off behind those baby blues.Sure enough, the keys were located and Andy opened the door and let him sit in there and even tried to start it. The battery was dead so it wouldn’t start but T didn’t care a bit. He sat there behind that wheel like a King on his throne. As a Mom, my excitement for him was just about overwhelming. I know. I know. We are talking about sitting in a car but if you could have been within T you would understand, this wasn’t just a car. This was a work of art, a thing of great power, a beauty unmatched, a dream come true.

After he got out, Andy opened the hood, and T gazed at everything and named everything with a tone full of awe. After the guys had walked away he said to me,

“Mom, have you ever been so happy that it hurt? Not that it hurt -hurt but it hurt?” His little fist thumped his chest right over the heart and I nodded. I was so happy for him. I was grateful for Andy.

You would think that was enough for one day but no, Andy invited T back so he could do some research with him for a school project. We left in the Tahoe with a kid so happy, believing in dreams. As we drove away T looked back and said,

“I hope God returns that blessing to him sevenfold. I’m going to pray about that.”  And he did.

Today we had to go back to pick up some last final paperwork and when T saw Andy he absolutely lit up. He thanked him again and Andy told him that he had made his night too. We were getting ready to leave when Andy told T he had someone he wanted him to meet and off they went to meet the General Manager.  Meanwhile, the evening was turning dark and rain was starting to drizzle. When they came back Andy said he wanted to let T take a drive in the 2015 Dodge Challenger Hurst Edition. T almost fainted. He sat down and looked up at Andy as though he were a figment of his imagination. The holder of the keys to all his dreams. He could hardly speak. By now the rain was falling hard but Andy walked us out and there, backed up to the door was THE car, motor running. T got to ride in that Dodge Challenger and as they pulled out of the dealership he hollered, “Woo Hoo!” He was absolutely floating on cloud nine, its silver lining shining like lightning. The top of the world was discovered in that Challenger.

What’s extra cool about this is that the deal was done. The guys there didn’t need to do us any favors in order to get a sale. They did all of this for T because they are honestly good people. People who love kids. Who believe in letting them experience as much as they can. Those were Andy’s words. They understood “the car guy” inside my little man and they loved that about him. I will only buy my vehicles from them from now on. T is already considering his first job to be working for them. As he shook Andy’s hand before they left he said,

“God bless you.” I am confident He will.

PS- Andy’s name is not Andy. I changed it for his privacy. Also, we were not offered a discount or any incentive whatsoever to post this. It really happened. Good people are out there and I sincerely recommend you visit Carl Gregory Dodge in Johnson City for your next vehicle and be a blessing to them as they have been to us.

You can find them here! 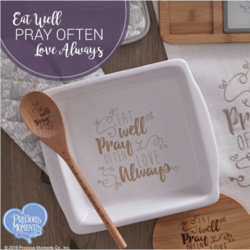 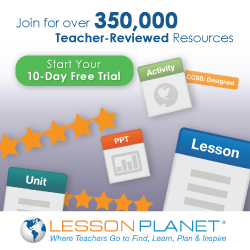